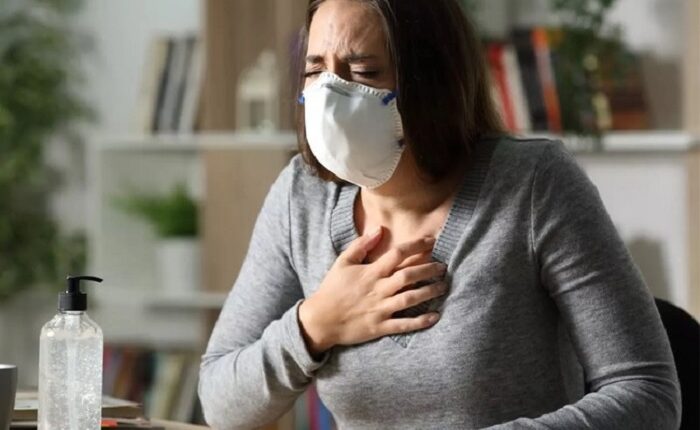 Earlier this year, in China, a study was conducted among over one million people who had undergone unstable angina and heart attack treatments between the years 2015 and 2020 at around 2,239 hospitals. The research involved approximately 318 cities in China.

An ACS or acute coronary syndrome happens when the heart muscle’s blood supply is blocked, which leads to an artery being blocked by blood clots and causing chest pains. Research findings indicate that exposure to any of the most common air pollutants, regardless of the quantity or levels, can trigger ACS onset even after only an hour or so of exposure. Researchers also disclosed that the risk slowly disappeared as the day went on.

The four most dangerous pollutants – nitrogen dioxide, carbon monoxide, particulate matter, and sulphur dioxide – were the centre of focus in the research.

When pollutant levels were increased, heart attack risks also climbed up. Nitrogen dioxide exposure was the fastest to trigger cardiac events with fine particulate matter coming in second, especially during the first hour after the exposure. Adults aged 65 and up, specifically those without any respiratory health issues or smoking history, had the strongest reactions, along with those who were exposed when the months were colder.

Although several studies have already proven that there is a link between heart attacks and toxic air exposure, this study, published in one of the journals of the American Heart Association and conducted in China, was the first to establish a connection by-the-hour. Case Western Reserve University’s Cardiovascular Research Institute director Dr. Sanjay Rajagopalan observed that the authors successfully showed a level of certainty regarding the link between the hour the heart attack happened and the levels of toxic air. Their findings only further prove that stringent protective measures are needed to reduce toxic air levels and heart attack risk.

According to Rajagopalan, actions such as using air-purifying respirators for the mouth and nose, built-in air filters for air conditioners, and utilising portable air cleaners will help protect those who are at substantial risk. Masks worn as protection against COVID-19 are also helpful in reducing exposure to air pollution.

The Journal of the American Heart Association published a new study in October 2021 that focused on road traffic noise and air pollution exposure and the risks these bring. Those with existing health conditions, such as high blood pressure, as well as those who smoke or used to smoke, have greater risks.

Study Lead Author and University of Copenhagen professor Youn-Hee Lim, Ph.D. explained that they found a connection between long-term exposure to increased road traffic noise and identified air pollutants and increased risks of heart attacks. The impact is specifically notable in individuals with hypertension and a history of smoking.

This research involved members of the Danish Nurse Cohort study, more than 22,000 of them. The respondents, an all-female group, lived in Denmark and were aged 44 and older at the time the study started. Recruitment took place in 1993 or 19999 and each participant was asked to fill in a comprehensive questionnaire collecting data related to lifestyle factors (such as dietary habits, alcohol consumption, smoking, and physical activity), body mass index, working conditions, reproductive health, and pre-existing health conditions.

Researchers gathered heart failure diagnosis details over 20 years. The study participants were linked to the Danish National Patient Register, so they were able to collect vital health care records. The researchers accumulated data and information until December 31, 2014.

Women who were exposed to elevated levels of road traffic noise and air pollution recorded the highest rise in risks for heart failure. The most susceptible population was the respondents with a history of hypertension and heart failure.

Road transport and vehicle emissions are primary contributors to air pollution. So, when US authorities caught the Volkswagen Group using defeat devices in Audi and Volkswagen diesel vehicles distributed to American consumers, they were quick to act, handing a Notice of Violation to the Volkswagen Group, notifying them of their alleged disregard of the Clean Air Act. This was the first instance of the Dieselgate fiasco becoming known in 2015. The event is a major one as defeat devices can detect when a vehicle is in regulatory testing so that they can temporarily reduce emission levels to within the World Health Organization or WHO-mandated limits, making the vehicles appear fuel-efficient and hence, emissions-compliant and environment-friendly products.

However, when the vehicle a defeat device is installed in is driven on real roads, the mechanism causes the vehicle to revert to its default settings, emitting high levels of nitrogen oxide or NOx, a highly reactive pollutant containing NO2 and nitric oxide (NO).

Volkswagen lied to their customers; other carmakers implicated in the diesel emissions scam deceived their customers as well. Other manufacturers involved in the scandal now known as Dieselgate include BMW, Mercedes-Benz, and Renault.

Carmakers should be held responsible for their actions, which is why you need to make a diesel claim against them. They went against emissions regulations and put you and the other drivers and the people around you in danger. However, you must verify your eligibility to bring a claim first before diving into the process.

To find all the information you need and check if you are qualified, visit the Emissions.co.uk website now.

Why mobile banking apps are the best way to access savings accounts?

A Guide To Give Babies Goat Milk Formula: When Should They Have It And Why

What is Ultherapy, and Why Do People Choose to Have This Procedure?

A Guide To Give Babies Goat Milk Formula: When Should They…

What is Ultherapy, and Why Do People Choose to Have This…